This time around I thought I would mix things up a bit and go with some of the more interesting covers; starting with this cover from the Catwoman series. Hawkgirl appeared on the cover of Catwoman #24 (December 2003). Until I discovered this cover, I was not aware that there had been a Catwoman series and in fact, in the past 30 years there have been six. The most recent series’ issue number one came out only a couple of months ago. In this issue “Selena “Catwoman” Kyle travels from Star city to St. Roch Louisiana where she hopes to meet with famed archaeologist Carter “Hawkman” Hall. She and Kendra “Hawkgirl” Saunders go on a girls’ night out to a jazz club called St. Rock’s. 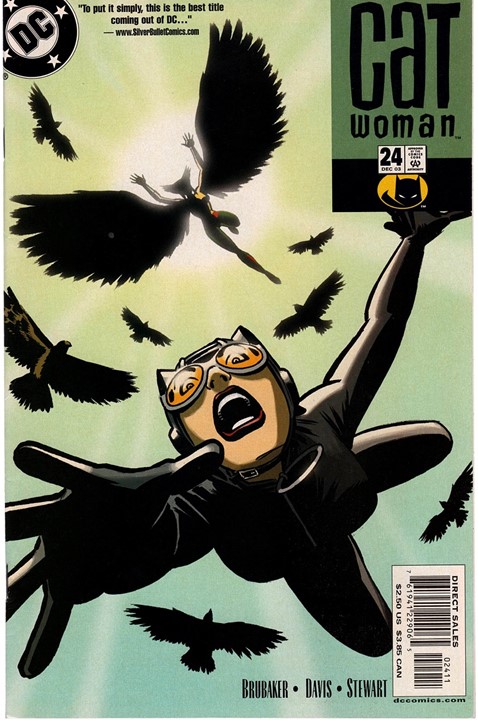