Here is another update for the Hawkgirl/Covergirl Collection. The current stats are… Collection: 133  and Wishlist: 87.

All Star Comics #2 (Late May 1999) FN $3.00
This is the cover that I meant to buy last time around when I mistakenly purchased issue #1. As the banner reads, the Justice Society of America does in fact return. There were two issue titled “All Star Comics.” There were nine other titles as part of this mini-series. Each had different titles such as Smash Comics, Thrilling Comics, and Star-Spangled Comics. The purpose of the series was to reintroduce the original super-hero team of the 1940s from the golden age of comic books to a new generation. On the cover, we see Hawkgirl and Spectre flying above Starman, Atom, Wildcat, and Wonder Woman.

Brightest Day #11A (Early December 2010) NM $1.70
Hawkgirl appears on the cover of ten out of the 24 issues of the epic mini-series that was published fortnightly in 2010. Also, she and Hawkman are by themselves on three covers. 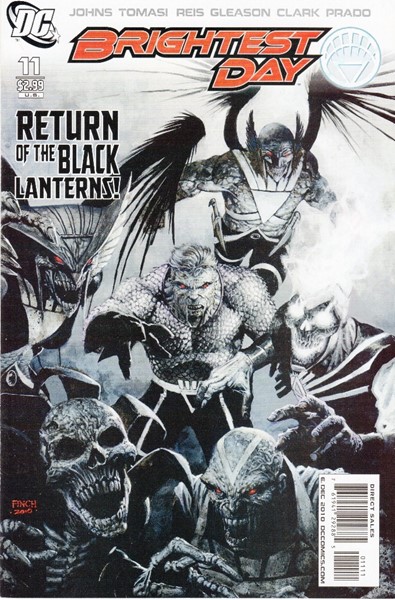 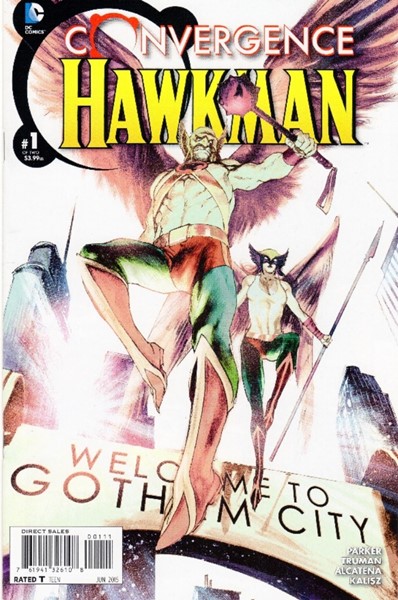 Convergence is possibly the most controversial event in the history of DC comics. It was an 8-issue weekly series published between April and May of 2015 along with 40 two-issue tie-ins. Those familiar with Superman-lore will recall that Brainiac had once trapped the Krypton city of Kandor in a bottle. Superman rescued the miniaturized city and kept it safe in his fortress of solitude. In the Convergence story-line, Brainiac has collected cities and its inhabitants from various timelines that supposedly no longer exist.

In the two-issue Convergence Hawkman, the silver-age, pre-Crisis Hawkman and Hawkgirl were supposedly visiting Gotham City during the Crisis on Infinite Earths and at just the point when the pre-crisis Earths were merged to make New Earth, Brainiac snatched Gotham City away to add to his collection of thirty-nine other locales from various DC timelines.

Instead of being kept in a bottle as Kandor was, these cities are kept under domes on a planet that resides outside space and time in a place called Vanishing Point. Unlike other post-crisis events that allowed writers of DC comic to adjust and tweak the main fictional history of the DC universe, Convergence allowed the writers to have access to timelines that supposedly no longer exist. The controversy stems from the fact that Convergence seems to reverse some of the some of the more solid rules established in the 30 years since the 1985 Crisis on Infinite Earths. In particular, the events of Convergence: Hawkman freed the silver-age Hawks from their ignoble banishment that occurred when the Hawks origin story was rebooted in the early 1990s. It also further complicates the confusing continuity that is Hawkman (and Hawkgirl), but that is cool by me. 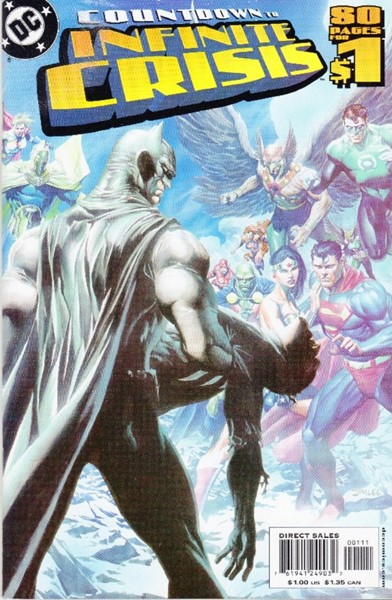 Hawkgirl is on the cover above Superman, between Hawkman and Green Lantern.

Infinite Crisis was a mini-series published between 2005/06 and consisted of 7 issues. However, the cast consisted of just about every DC character ever conceived of and the total number of tie-ins numbered 131. (see comicBookDb).

According to Wikipedia, the series was kicked off with the release of Countdown to Infinite Crisis which was then followed by four six-issue limited series: The OMAC Project, Rann–Thanagar War, Day of Vengeance, and Villains United, as well as a four-part limited series DC Special: The Return of Donna Troy. These first four limited series each had a special tie-in issue, released at monthly intervals during the Infinite Crisis event. For an explanation of Infinite Crisis see a great presentation by Comics Explained on YouTube.

Legend of the Hawkman #1 (July 2000) VF $2.40
Hawkgirl appeared on all of the covers of this three-issue mini-series. The story is about the Silver Age, Thanagarian Hawks and it takes place shortly after they arrived on Earth. The tale provides an glimpse into the culture of an alien race on a planet 433 light-years from Earth. It has been described as an Elseworlds story, meaning that it takes place outside the main DC Universe continuity. Yet at the same time, it is said that the story takes place in the Earth-One timeline, sometime after The Brave and the Bold #34. In the story, Shayera (Hawkgirl) is homesick and wants to return their home planet of Thanagar. There is no doubt that the story is based on the Silver Age versions of Hawks that I grew-up with in the 1960’s. 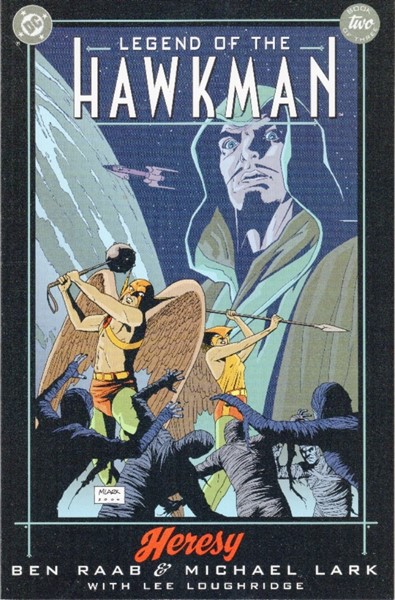