The Immortal Men #1 (Apr 2018) – DC Comics has released a new series in the main continuity titled “The Immortal Men”. Issue number one was released today, April 11, 2018. I have been anticipating the release of this series for a few months now since I saw one of the variant covers showing Hawkman as having some sort of connection with this new team. 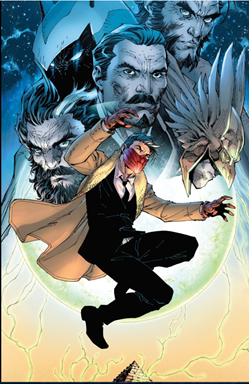 Also, that dude with the mutton-chops looks a lot like Vandal Savage. This character has been around since the 1940s and was last seen talking to Kendra “Hawkgirl” Saunders in Metal #2. Then in Metal #4, we saw Kendra with the astral brain of the Anti-Monitor while she talks of the “Council of Immortals” having entrusted her to complete her task.

Back to “The Immortal Men”, one of the first things I noticed was that the main character bears a slight resemblance to my son. The series introduces a new character by the name of Caden Park, a teenage boy living in New York City, who one morning wakes up on the floor of Grand Central Station. All his life he has been having strange dreams and now those dreams are starting to reach a tipping point. 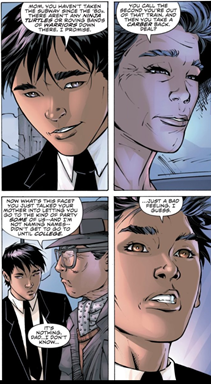 Following Caden’s introduction, we meet a couple of bad guys – one called “The Hunter” and the other named “The Infinite Woman“. Then comes “The Immortal Men” – a strange group of characters that have teleported into the sewers beneath New York City. One of the characters is a large woman dressed in Native American garb who goes by the name of Timber. The other “Immortal Men” that we are introduced to are named: Ghost Fist, Stray, and Reload. On seeing this group for the first time, I immediately thought of “The Doom Patrol” team/series from the 1960s.

The teaser for issue number two of the immortal men tells us that “following the destruction of their base of operations, the Immortal Men find themselves on the defensive! Their only hope rests with the emerging meta-human named Caden Park – but the evil conquest has gotten to Caden first! Will the remaining few battle-ravaged immortal men be able to rescue their young would be Savior? And what connection do Caden’s tactile telepathic abilities have to the survival of humanity.” 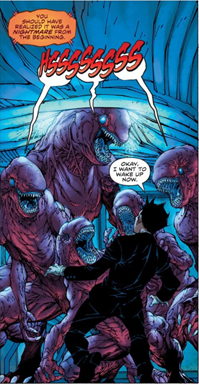 This issue was written by Jim Lee, Ryan Benjamin, and James Tynion IV. The cover was drawn by Jim Lee, Scott Williams, and Alex Sinclair.