Kendra is on the cover and behind her is an image of the Golden Age Hawkman of the 1940s. 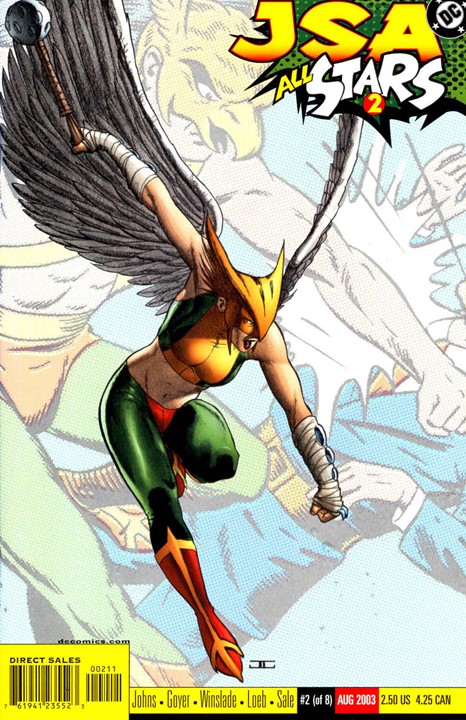 On page one, we are reminded about how Kendra’s parents were murdered before she was a teen and how she got into all sorts of trouble before she wound-up committing suicide. Her grandfather, Speed Saunders, intervened and trained her to become Hawkgirl. 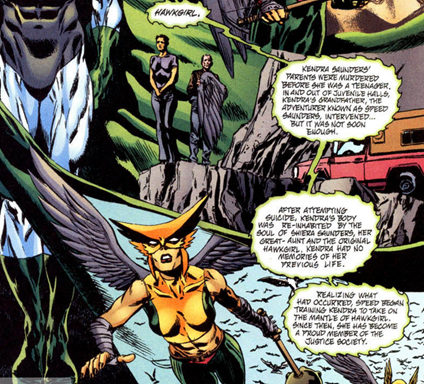 After fighting off some bad guys and Speed losing his airplane, we see Speed and granddaughter on their way to another event. This event has Hawkgirl a little scared. 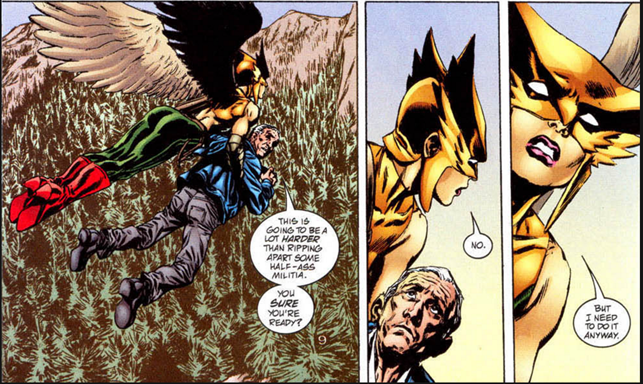 Hawkgirl is scared because she is on her way to meet the daughter that she gave up for adoption when she was 16-years old. The little girl’s name is Mia and she appears to be about 5 or 6 years old. 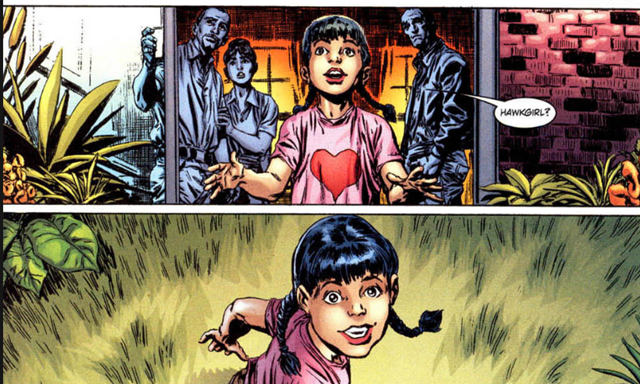 Hawkgirl has her heart broken by the little girl’s total cuteness. 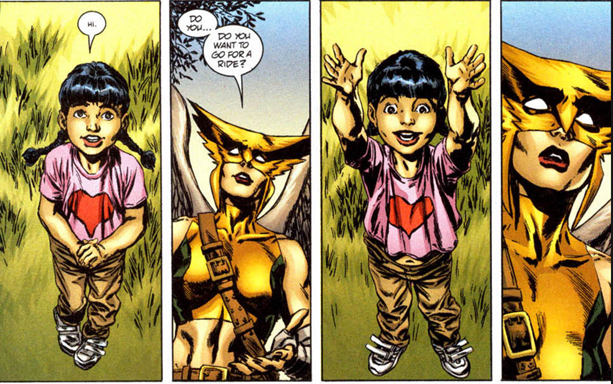 Later on, we see the little Mia picking up two feathers that were dropped my her mother. Quick! What color are Mia’s eyes? 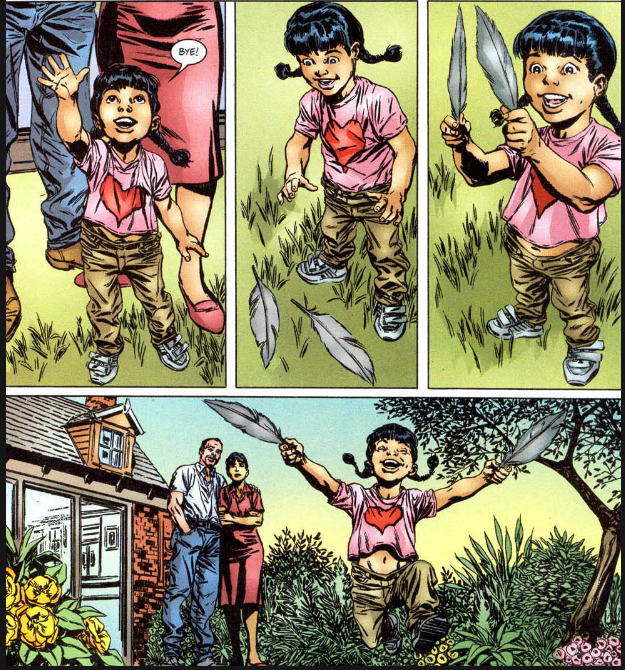