Today, I added three more books to my collection of Hawkgirl covers.

Justice League of America #121 (Aug 1975) FN – In this issue of JLA, longtime friends of the League, Adam Strange and Alanna of Rann finally have their wedding after it was interrupted, nearly a decade earlier, by an alien invasion of the planet Rann by the Manhawks (Hawkman #18 Feb 1967). On the cover, we see that Hawkgirl is the bride’s maid. Did Adam & Alanna actually wait 8 years or was there some time-warping going on?

Wonder Woman #249 (Nov 1978) VG/FN – I am surprised that there were not more team-ups involving the Winged Wonder and the Amazon Princess. The pair first met during the early days of WWII, as both were on a US Navy vessel bound for the Philippines (All-Star Comics #11 June 1942). The only other team-up with HG/WW that I can think of is the limited series JSA Returns Sensation Comics #1 (May 1999) which placed the pair on an aircraft carrier battling a giant sea demon in 1945. 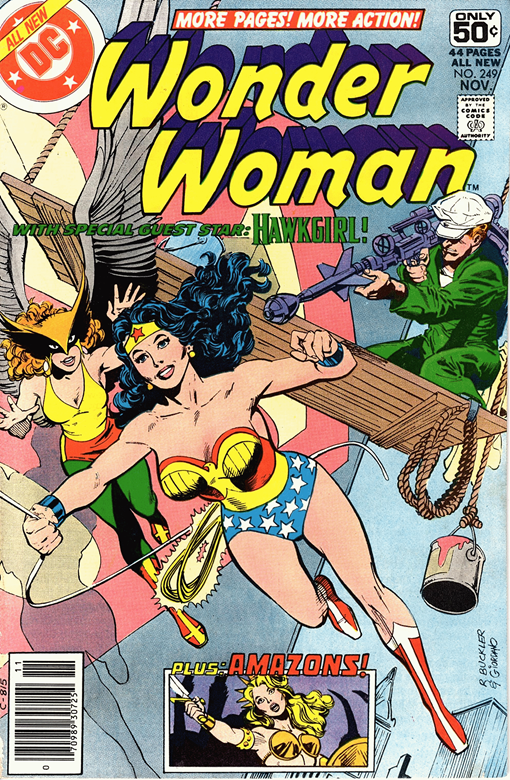 Shiera/Hawkgirl was never one to be shy and here she is changing into her “uniform” in a parking lot. 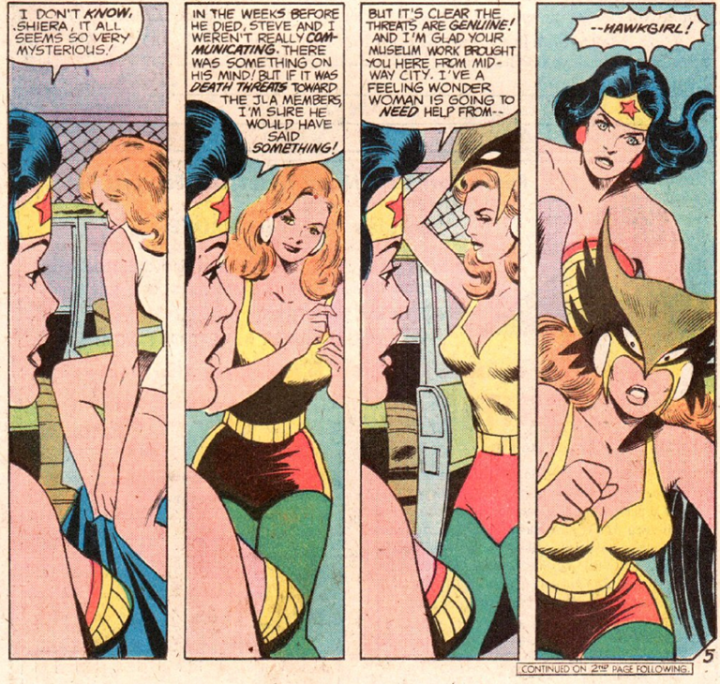 Justice League of America #170 (Sep 1979) FN – While it was nice of them to find a spot for Hawkgirl on the cover, she does not appear anywhere within the story. 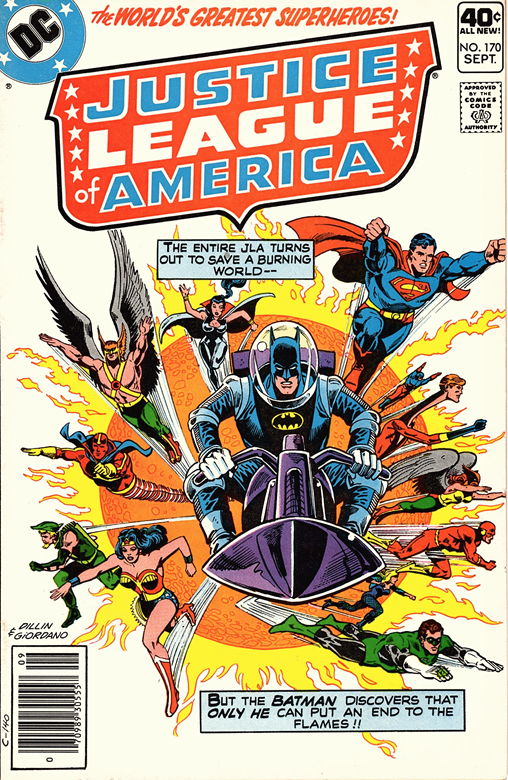