If it were not for Shiera Sanders, Hawkman would have been a goner by the third issue in which they appeared in the spring of 1940. The evil Una Cathay would certainly have gotten him with her voodoo had not Shiera recognized the strand of hair tied around Carter’s wrist as being a sign of the diabolical arts.

Yet Carter just would not let Shiera be Shiera. 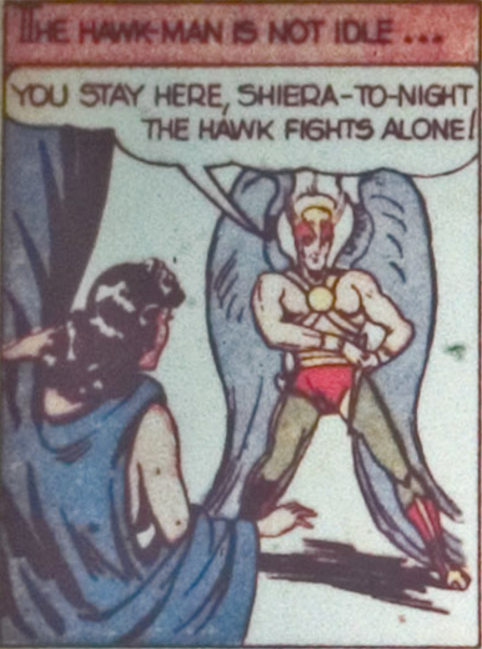 The penciller for the first three Hawkman stories was Dennis Neville. Neville left when he was replaced by Sheldon Moldoff, who was also replaced by Joe Kubert later on.

By issue #4, Shiera is acting as the Hawk’s back-up. She has become savvy to the world of mystery and intrigue, and in this issue, she aided in Hawkman’s escape from a masked villain known as the Thought Terror.

Shiera is inexplicitly absent from the next two issues, 5 & 6. As Carter went on a trip abroad, another woman was introduced – a secret service agent that went by the name Ione Craig. 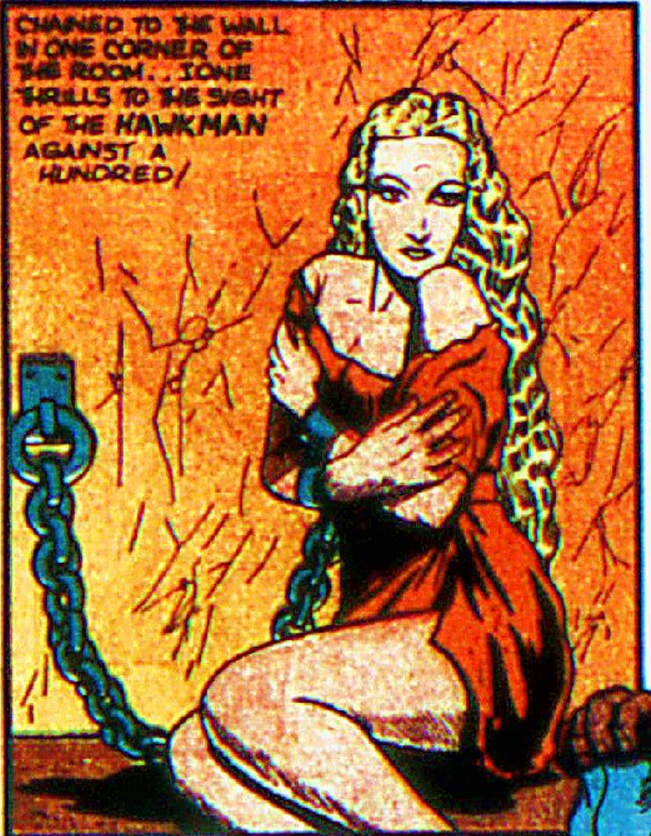 Ione appeared in two issues back to back. I wonder what the editors were thinking…

Yet in issue #6 it was apparent that compared to Shiera, this Ione Craig-lady was real sissy-girl.

Shiera returned in issue #7 (July 1940) only to get herself abducted. She also appeared on the cover of this issue.

Shiera is absent again from issues 8, 9, and 10. She appeared on the cover of issue 11 and in a story titled “Trouble in Suburbia”. In this one, Carter tries to tell Shiera not to stick her nose into trouble, but she tells him “you can’t stop me”.

Just like in one of those serials pictures from the 1940s, Shiera snooped around in a lovely yellow frock and managed to get knocked out by flying bodies not once,…

In issue #12 of Flash Comics (pub. Dec 1940), Shiera and Carter are out at a high society café enjoying the nightlife when they spot trouble just a table away. 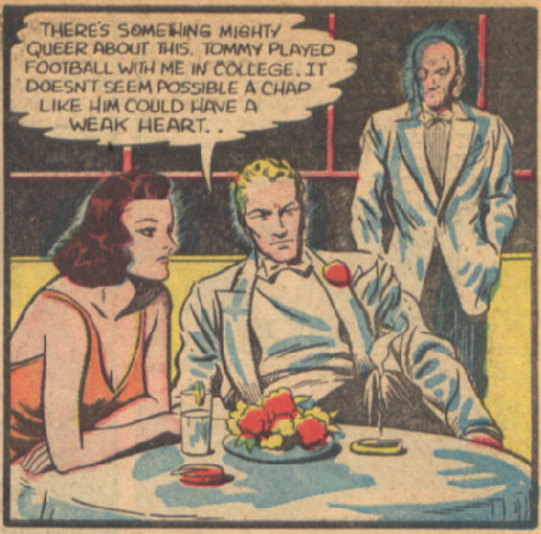 Again Carter tells Shiera not to get involved as he is going to handle this one thing by himself and she replies: “Uh huh! I’ve heard that before.” The meanwhile, Shiera “gets ideas” (as Hawkman calls it) … 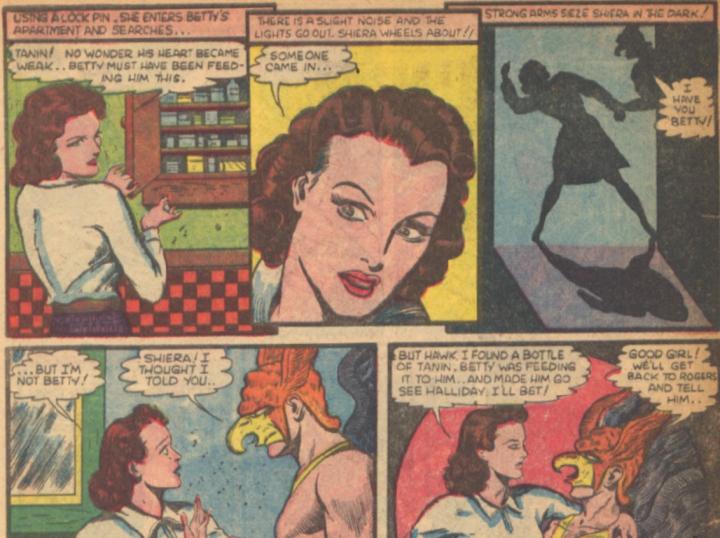