In a previous post, I discussed the history of Hawkgirl‘s appearance and origination the early 1940s. It started out as a comparison with Wonder Woman in light of the recent publicity surrounded a live-action flick featuring the Amazon princess, but I also touched on the topic of the number of book covers that Hawkgirl appeared on during that decade. In that regard I have a correction to make, plus I have done more research on Hawkgirl covers in light of my sudden interest in collecting said items.

Currently I am focused on collecting what I can afford of Hawkgirl covers from the 1960s and to the mid-1980s (see First a Reader and Now a Collector). Most of the comic books am I interested that are in Good to Very Good (GD/VG) condition are affordable to me with prices ranging from $5 to $15. In the time span that I interested in, I have found only three that I consider to be beyond my price range. The silver-age Hawkman and Hawkgirl appeared first in Brave and the Bold issue #34 in March 1961. This was followed by issues #35 and #36 with Hawkgirl appearing on the covers of all of those issues (see my list here). I have recently priced those three issues and here is what I found:

(for comic book grading see this)

I am also curious about the Golden Age appearances of Hawkgirl so I did some more research in this area. In my previous post on this subject, I said that Hawkgirl‘s first cover appearance (in costume) was Flash Comics #37 in 1943. That is not correct. I found that she first appeared as Hawkgirl on the cover of Flash Comics #29 in May of ’42.

Yet one thing to consider in this regard is that long before the character became Hawkgirl, she was known as Shiera Sanders, the girlfriend of Cater Hall/Hawkman and she made numerous appearances in stories between the covers of Flash Comics. Going through and examining the covers of these comic books, I have found that Shiera appeared on three covers before she came out as Hawkgirl in Dec 1941. What follows is a comprehensive review of golden age Hawkgirl/Shiera on the covers of Flash Comics. Flash Comics was published between January 1940 and January 1949.

Some of these books I have found listed at comic book dealer in Texas.

The character appears three times as Shiera Sanders, three times as Hawkgirl without her mask, and then four times with a mask. That is a total of 10 times she appears on a cover in the 1940s. Coincidentally, by my count she appeared 10 times on covers in the 1960s. 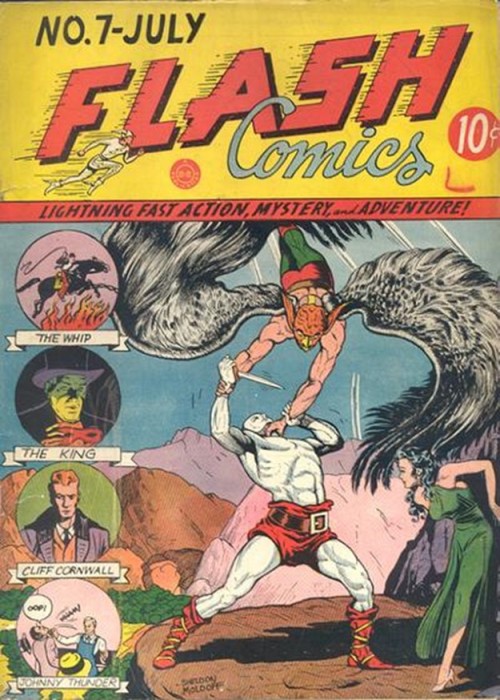 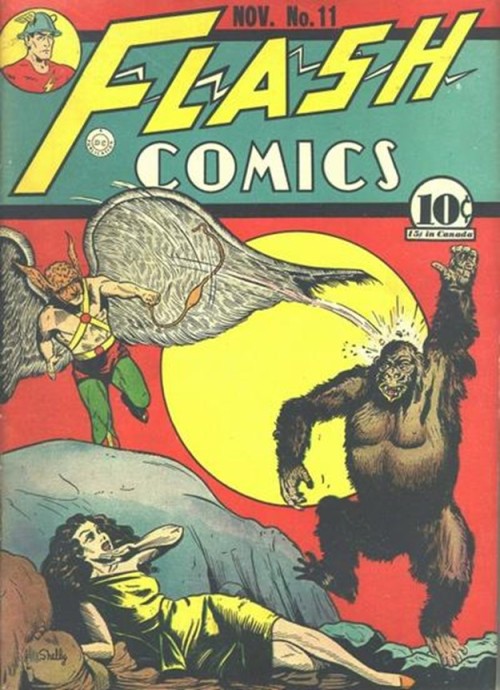 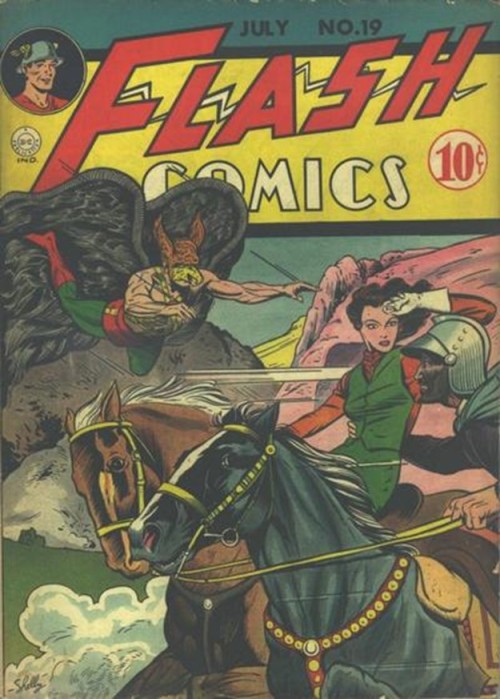 Flash #29 (May-42) – This is the character’s first cover as Hawkgirl and note that she is without a mask – I found an issue for sell listed a coverless for $69.