As I have mentioned before, when I was a kid back in the Sixties my favorite comic book was “Justice League of America” or “JLA”. One of the reasons why I chose this one as my favorite was because with seven super-heroes (and later more) I was getting a much better deal for my 12 cents than if I bought a comic book with only one hero (or in the case of Batman and Robin, one and a half heroes). 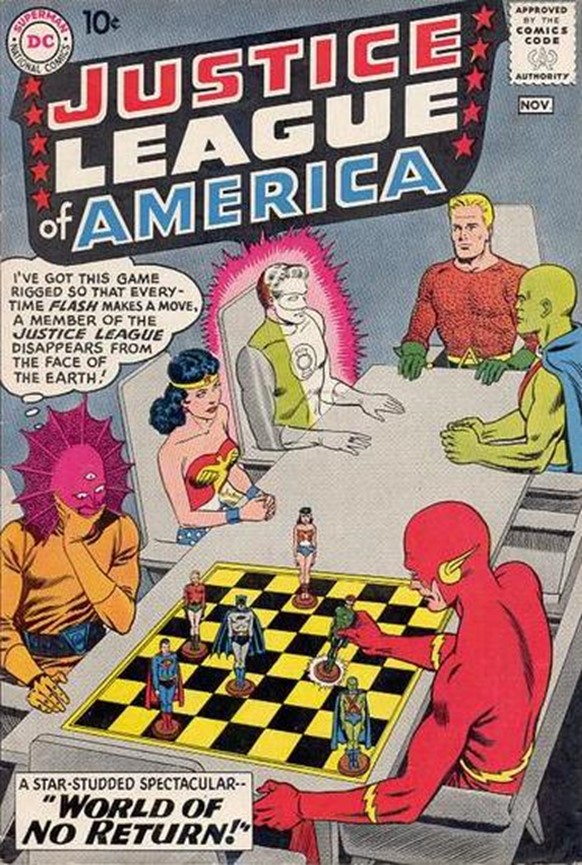 So when I saw last month (April), where DC was releasing a new series titled “Justice League America” (and actually I misread it as “Justice League of America”), I decided that I had to get in on the ground floor and I started a subscription. 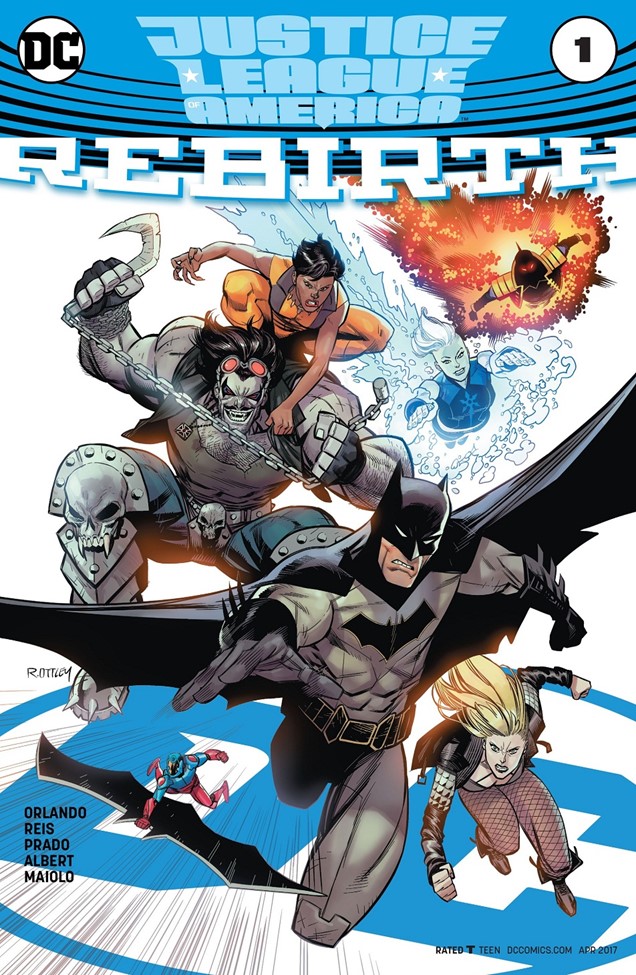 The team consists of Batman, Black Canary, Killer Frost, Lobo, the Ray, the Atom, and Vixen. This I thought was kind of an odd grouping of some heroes who originated in the 1940s (Batman, Black Canary, the Ray, & the Atom) and some from the 1980s (Killer Frost, Lobo, and Vixen). Also, Killer Frost & Lobo are former villains; making it even stranger to me. I do want to keep an open mind about this, but this group just does not feel like the JLA to me. (And what is up with the weird sexual-tension going on between Batman and Black Canary?)

There are eight members in this team. Five of whom match the original team started in 1959: Batman, Superman, Flash, Aquaman, and Wonder Woman. Additional there is Cyborg and two (?!!?) Green Lanterns – Simon and Jessica. I think Jessica is a novice Green Lantern, but I do not know much more than that.

I feel like a 12-year kid who is once again hooked on the “JLA”.

Another reason for subscribing to the new Justice League is because I am  really interested in what DC has planned for the Justice Society of America (JSA). That is a bit of mystery and they teased us back last year around this time when we saw a 90-something year old Johnny Thunder in an asylum crying “we lost the justice society” and “its all my fault”. I am betting that when the JSA appears it will first be in a cross-over within the pages of the Justice League just like in Justice League of America #21, August 1963.

Just this past week, they teased us in Flash #22 when the original, Jay Garrick Flash from the JSA appeared for only a few seconds before he disappeared again.

On a side note, I am not looking forward to either the live action Wonder Woman in June or the JLA flick coming out later this year. I love comic books and I do not need or want to see a bunch of D-list celebs dressing in costume and make-up. How about some more animated series on CN or CW!