This past Saturday night I made a trip to the on-line comic book store and came away with an arm-load of comics and left a Jackson on the counter.

These books should last me a while because while I am not necessarily a slow reader, when it comes to comic books I am a purposely slow reader.

I like to take my time enjoying the art work and the story. I will linger on obscure references and take side-trips to read up on characters who appear within the framework of the story.

I think of as like when someone takes their time enjoying a gourmet meal or perhaps making love. I don’t know, does that sound weird? Yeah, it does kinda sound weird. At least with this blog, I am not hiding behind an alias like I am with my other two blogs. 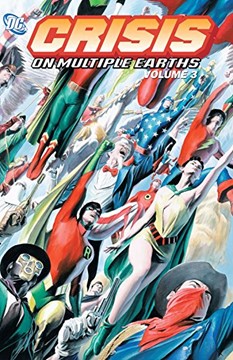 This is part of a six volume collection that presents two annual JLA issues from each year in the period between 1963 and 1985. These are the issues where the Justice League is involved in some sort of multi-dimensional crisis with the Justice Society. All of this is leading up to the Crisis of Infinite Earths in 1985/86.

The titles contained in volume #3 of “Crisis on Multiple Earths” are as follows:

I also bought some single issues from my wish list.

Continuing my desperate search for Hawkgirl… Issues 52 and 53 of the Justice League of America supposedly contain stories where Hawkgirl makes one of her rare appearances. I will be sure to let everyone know what I find out. (You will note that she does not appear on the covers).

I bought the issue where Hawkgirl finally became a member of the JLA. This is issue #146 from 1977. (Also, note that she does not appear of the cover of this issue, nor is she even mentioned) 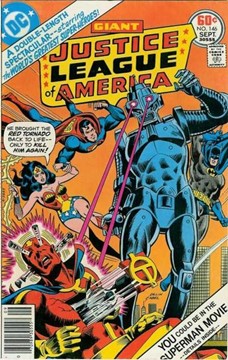 Also, I got Green Lantern #83 (vol.2). This is the issue where Carol Ferris is supposed to have learned GL’s secret identity. 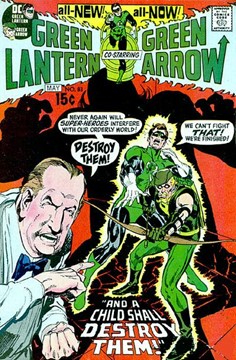 Finally, I purchased All-Star Comics #57 (1951). This is an interesting issue because it essentially marks the end of the Golden Age of Comics. It is the “final” issue of All-Star Comics and the “final” appearance of the Justice Society of America. Now as you know nothing is final in the multiverse of DC comics. The Justice Society, of course, reappears about ten or so years later and All-Star, which became All-Star Western comics from 1951 to 1961, was revived in 1976 with Power Girl appearing in issue #58. I will provide progress reports as I go along with my reading.