At the end of the Justice League of America issue #7 (Oct 1961), the members of the league go out on dates with their sweethearts.

A couple of these “partners” are well known, but some of the others are a little obscure and I wanted to know if I could locate their back-stories and add to my collection of digital comics. 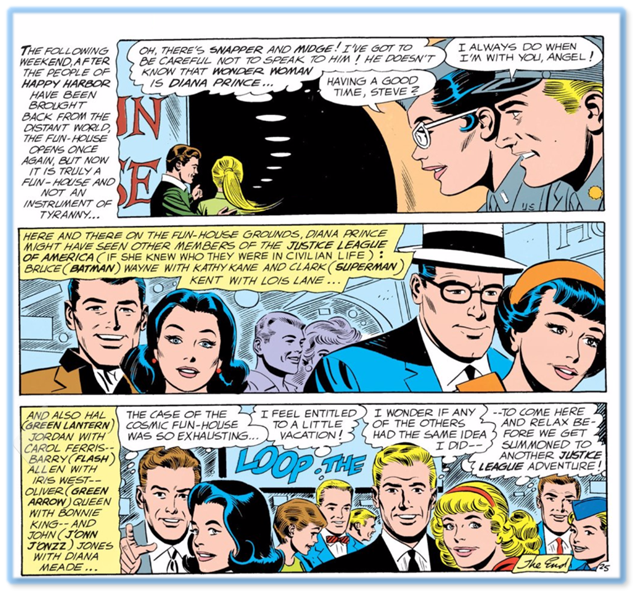 In the first panel. on the left, we see Snapper Carr and his girlfriend Midge. Snapper was a teen-age hipster who was sort of a mascot for the league. He recorded in a journal all of their exciting escapades and thanks to him we know all the stories of the JLA. 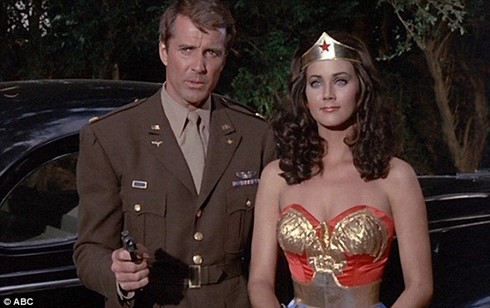 In the next panel, we see on the right Clark Kent (Superman) and Lois Lane. Probably the best-known couple in the DC multiverses. Lois first appeared in Action Comics #1 (June, 1938). Superman/Clark Kent also first appeared in the same issue. Not only were they together in comic books, but also a number of television shows and in movies. 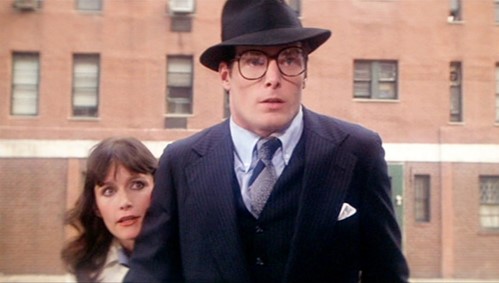 On the left-side of the middle panel, we see Bruce Wayne (Batman) with Kathy Kane. Bruce’s date is the obscure one in this panel. Katherine first appeared as Bat-Woman in Detective Comics #233 (July, 1956).  As so often occurs throughout the DC timeline, this character “died” at some point. The death of Katherine Kane occurred in Detective Comics #485 (Sep, 1979). However, just a few weeks ago, a new Batwoman Rebirth series debuted and Katherine Kane is once again Batwoman. 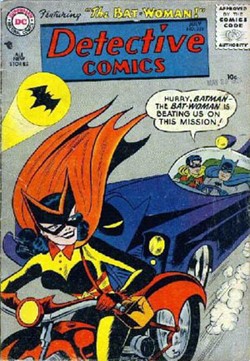 In earlier stories she was the aunt of Betty Kane, the first “Bat-Girl”. However, this history was wiped clean when in 1967, Barbara Gordon became the “first” Batgirl. This was in Detective Comics #359 (Jan, 1967). 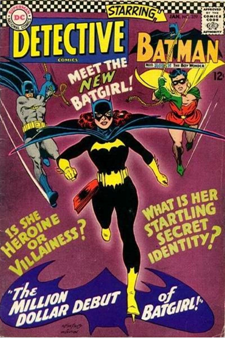 In the last panel, we see Hal Jordan (Green Lantern) with Carol Ferris. In the center, is Barry Allen (Flash) and Iris West. Next to them is Oliver (Green Arrow) Queen and Bonnie King. Then on the right, J’onn Jon’zz (Martian Manhunter) and his date, Diana Meade.

Hal Jordan’s date is Carol Ferris. She was the daughter of the owner of the Ferris aircraft company. Her relationship with Hal Jordan/Green Lantern was complicated for a number of reasons. First, her father went off on a round-the-world trip and he put Carol in charge of the company. He also forbade her from getting married while he was gone. Carol was in love with Green Lantern, but Hal Jordan wanted Carol affections to be for him and not for his GL persona. Carol Ferris at one point acquired her own secret identity. In Green Lantern issue #16 (Oct, 1962), Carol, Hal’s boss and girlfriend, was transformed into the powerful Star Sapphire when she encountered the immortal Zamorans. They wanted to make Carol their queen. She tangled with Green Lantern for a draw and the story ends with GL wondering who was that mysterious woman. 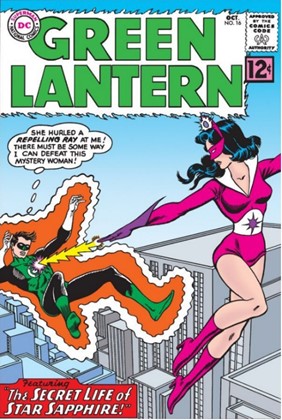 Iris West, Barry Allen’s date for the night was Barry’s girlfriend and just like Lois Lane, Iris was constantly snooping around, convinced that Barry was secretly the Flash. You see this in the first issue that she and Flash appeared in (Showcase #4 1956) At one time, Iris was married to Barry and was known as Iris West Allen. Iris has a long and complex history. In the Silver age, she was the aunt of Wally West, who later became Flash #3. (The first Flash was Jay Garrick, who lived on Earth-Two.) The Silver Age Iris was murdered by Professor Zoom in Flash #283 (1980)(?) I have not watched enough episodes of the current Flash TV show to know the full story, but I understand that Iris is the girlfriend of Barry Allen in the show and she writes a blog about “The Streak”. 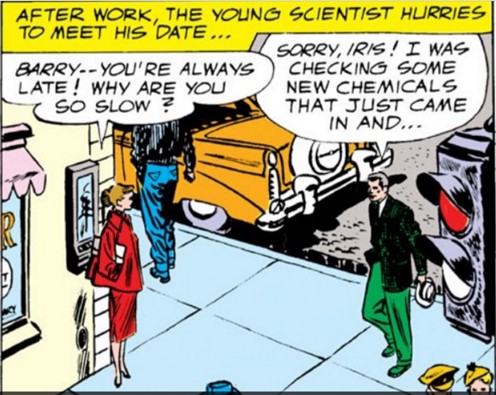 Bonnie King, Oliver (Green Arrow) Queen’s date, first appeared in World’s Finest #113 (1961). She was known as “Miss Arrowette”. I am not that familiar with the Arrow TV show, but it appears that she is not a character in that show. 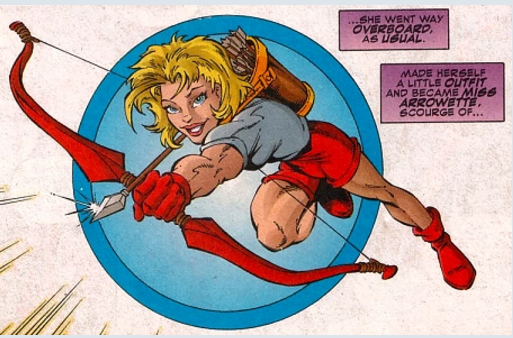 Finally, we have J’onn Jon’zz (Martian Manhunter) and his date, Diana Meade. She is the most obscure of the group. Fans of the current Supergirl TV show know that J’onn J’onzz, the Martian Manhunter, is named Hank Henshaw, but in the silver age of comics, the character’s secret ID was known as John Jones. Now as everyone knoews the Martian Manhunter is shape-shifter so unlike GL and the Flash, he does not have human secret identity. So, he can be whoever he wants to be. As far as I know, Diana Meade is not a character in the Supergirl show.

In the Silver Age, Diana was a police woman who had a relationship with John Jones, who was also a police officer. They lived in Denver, Colorado. She first appeared in Detective Comics #246 (1956). The story was titled “John Jones’ Female Nemesis“.

As the story goes, Diane Meade, a rookie policewoman, was assigned to work with Detective John Jones on his cases, creating problems for the Martian sleuth.

As I stated in an earlier post, I have taken up a new hobby, and that is collecting Silver Age comic books in digital format. I like finding pages like the one in issue #7, above. The DC multiverses are rich in history and I enjoy exploring its vast spaces for these little gems.